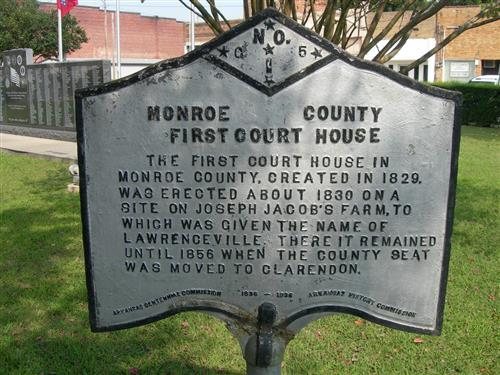 This courthouse dates back to 1911 and is believed to be haunted by Ernze Mabel Orr, aka "Mabel." Stories say Mabel and her husband John Orr were a comedy and opera performing duo. John was said to have had a bad temper and would often beat Mabel pretty badly. One of their servants felt bad for Mabel, and made a hoodoo potion to kill John, but it didn't end up working. Mabel and four slaves came up with a plan to murder John by shooting him. Soon after, John was found shot to death under unknown circumstances. Word got out about the plot, and Mabel and her servants were sentenced to hang. The sheriff felt mad for Mabel, and instead gave her a poison made of morphone and she died in her basement cell the night before the hangings took place. The slaves were hanged the next morning on the courthouse lawn. Witnesses say they have heard Mabel's moans coming from the basement of the courthouse, and have seen eerie lights that appear near the levee, where the slaves' bodies were carried for burial.

Disclaimer: Arkansas Haunted Houses does not endorse or support trespassing to visit real haunts. Before you visit ANY local real haunt, make sure to acquire the appropriate permits and/or permissions, and be respectful of privately owned properties. Countless Haunt Hunters have been arrested, ticketed, and reprimanded by the authorities for trespassing. To avoid this, be sure to get in touch with the property owners before visiting a haunt, and respect their hours of operation, local regulations, and rules for visiting at all times. Happy haunting!
All information on this page was submitted to Arkansas Haunted Houses and was believed to be accurate at the time it was posted. Please report any inaccuracies here.